Christy Dawn Varden was arrested for shoplifting and other three misdemeanors In January. After the arrest, she could post bail and leave by paying $2,000, otherwise, have to stay and wait in jail for a week to see the judge. Ms. Varden, who was poor, lived with her mother and two children, was managing her life with monthly food stamp allotment. Additionally, she also had mental and physical problems. Two days after this incident, Alec Karakatsanis, a civil rights lawyer filed a suit on behalf of Ms. Varden, complaining that the bail policies in Clanton are discriminating the poor by jailing them and allowing the people with money to go free. 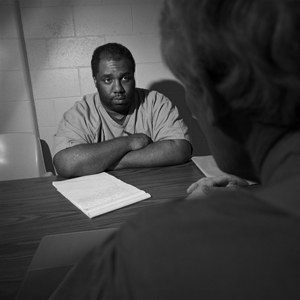 Though Clanton defended its bail policies, it replied to the court that defendants would be able to see the judges within 48 hours. In a significant positive development, the city allowed to free all the misdemeanor defendants without bail posting. After that, Mr. Karakatsanis filed case filed a case in many jurisdictions of different states, on behalf of various homeless men and poor mothers, who all would have been freed from jail for ready cash. His efforts and strategies proved very effective that so far five cities have changed the laws and policies, which have been penalizing the poor.

As a chain reaction, this type of suit was replicated in many different states, and many courts have agreed that money bail system is hurting the poor. There are thousands of Clantons throughout the country, and the civil rights lawyers said that change would occur with the help of local and state governments. So, many small human rights groups have filed a case against the policy in different courts to bring a collective change.

The death of Maris, a popular beluga whale in the Georgia Aquarium was reported on Thursday. The aquarium has three beluga whales. Maria is the first of the beluga whales that attracted guests every year. The beluga was 21 years old and is the star attraction at the aquarium. The animal was normal in its behavior and interaction with its habitat mates and the reason for the death is unknown.

Maria was especially close to the heart of her care taker and veterinary team, and  the loss is great informs Mike Leven, Chairman and Chief executive officer of the Aquarium. The beluga did not show any signs of illness informed Mike. The senior vice president and chief veterinary officer Dr. Gregory Bossart said that it was a sudden acute death and informed that the animals get the best of care from dedicated experts instantly.

The cause of the death will come to light once the autopsy reports arrive. The animal autopsy is on, and the pathologists at the University of Georgia will determine the mystery behind the death of the animal. Though there is no restriction on the visit to the Beluga habitat. Visitors are allowed to visit the beluga whales. The other two belugas Qinu and Grayson are open to the public.